Photographer's typed caption label and photo agency label on verso. His signature and inscription ("vintage print made by the photographer in 1969") in black ink on verso.Arthur Tress was born and raised in Brooklyn, NY on November 24, 1940. He took his first photographs while still in elementary school in 1952. He attended Bard College where he studied art and art history, world culture and philosophy under Heinrich Bluecher. He continued to photograph and began making short films. He graduated in 1962 with a B.F.A. After graduation from Bard, Tress moved to Paris to attend film school. After traveling through Europe, Egypt, Japan, India and Mexico, he settled in Stockholm, Sweden and worked as a photographer at the Stockholm Ethnographic Museum.In 1968 he moved back to New York with a commitment to becoming a professional photographer. He had his first one-person exhibition this year, "Appalachia--People and Places", which was held at the Smithsonian Institute and the Sierra Gallery (New York City).He worked as a documentary photographer for V.I.S.T.A. from 1969-1970. He exhibited his series "Open Space in the Inner City" at the same Sierra Gallery in 1970 and received a New York State Council on the Arts grant for the series the next year. In 1972 he got a National Endowment for the Arts grant for his "Dream Collector" series. In 1976 he received a second New York State Council on the Arts grant for his "Theater of the Mind" series. In 1980 he published a book on the male nude called, "Arthur Tress: Facing Up, A 12-Year Survey", which also was exhibited the Robert Samuel Gallery in New York. The same year he began to create his "Teapot Opera" photographs. His major retrospective "Talisman" traveled from 1986-1988, opening at the Photography Gallery in London and then moving to the Museum of Modern Art, Oxford, U.K., Frankfurter Kunstverein, Frankfort, Germany and the Musee de la Photographie, Charleroi, Belgium.In 1992 Tress moved to Cambria, CA. He has been published numerous times, including in the monographs, "Arthur Tress: The Dream Collector", "Shadow: A Novel in Photographs", "Theatre of the Mind", "Reeves" and "Arthur Tress: Fantastic Voyage: Photographs 1956-2000".His work is in the collection of numerous museums and institutions, including the New York Museum of Modern Art, the New York Metropolitan Museum, the George Eastman House, the Bibliotheque Nationale, the Centre Georges Pompidou, the Los Angeles County Museum of Art, the San Francisco Museum of Art, the Houston Museum of Fine Art, the Whitney Museum of Art, the Stedelijk Museum, the High Museum of Art, the Chicago Center for Contemporary Art, the Cincinnati Art Museum, the Art Institute of Chicago and the Milwaukee Art Museum. In 2001, the Corcoran Gallery of Art featured a retrospective of his work entitled "Arthur Tress: Fantastic Voyage: Photographs 1956-2000" which took an intimate look at his long and varied career. 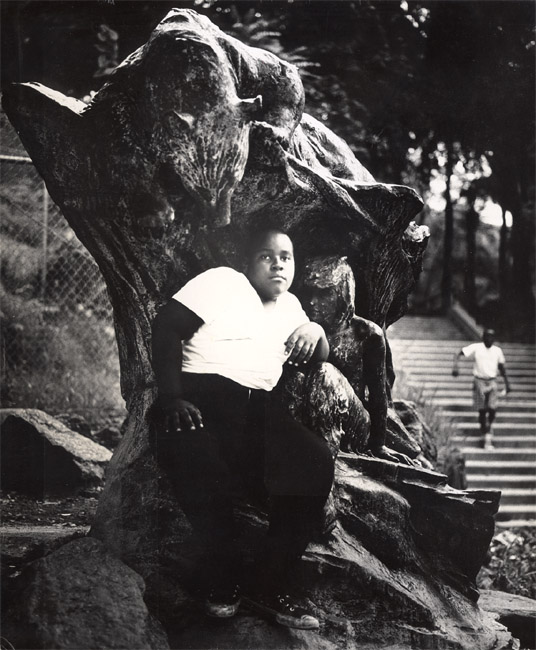